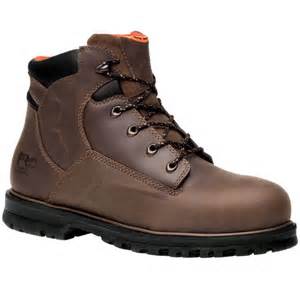 Prior to the invention of steel-toed boots during World War II, workers wore leather boots or wooden clogs. It was only in the 20th Century that safety issues were brought to the forefront and addressed. Before, it was cheaper to replace an employee than to enact costly safety measures. As liability costs soared during these times, companies started focusing on safety equipment, and the steel-toed boot was invented to protect workers’ feet in industrial environments.

The United States Congress enacted the Occupational Safety and Health Act in 1970 to ensure workplace standards were enacted and ever since then, safety footwear has become a mandatory requirement in many environments. Steel is the main material used for reinforcement in steel-toed boots, but other composite materials are now being used for the same safety purpose.